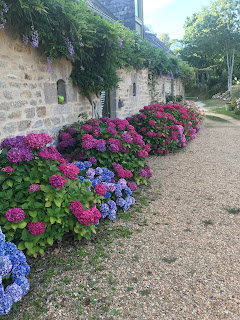 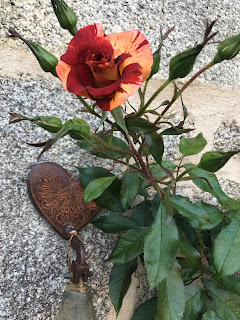 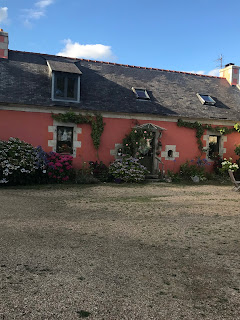 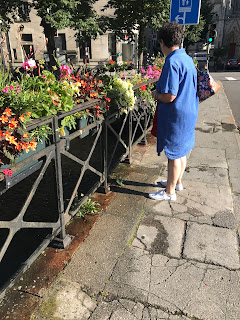 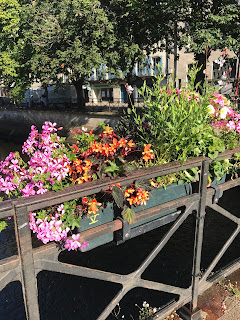 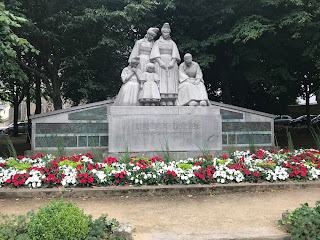 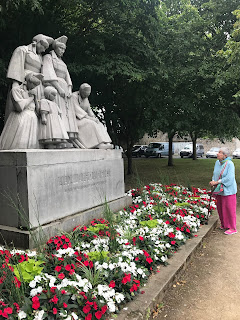 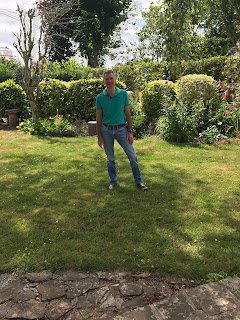 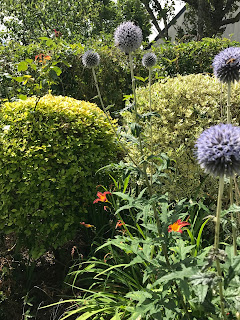 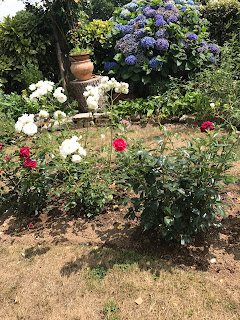 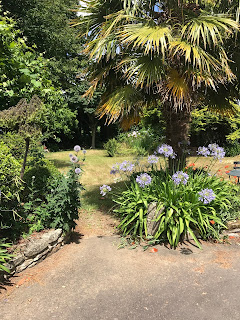 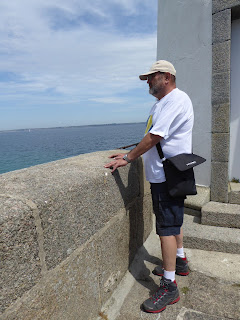 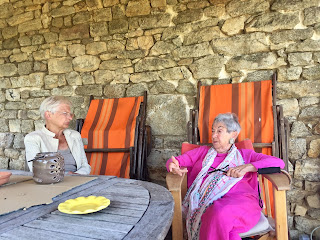 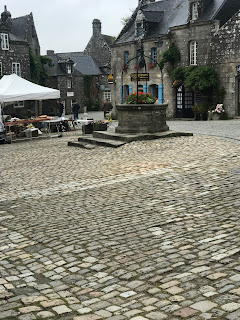 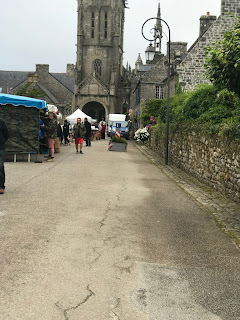 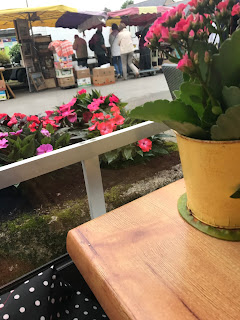 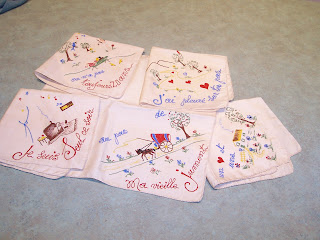 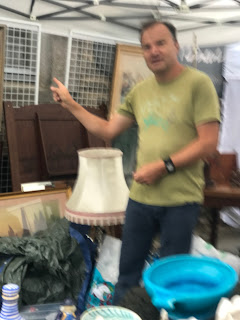 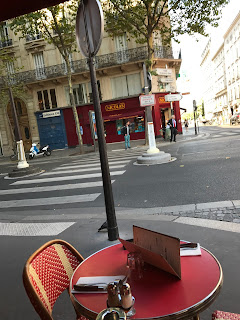 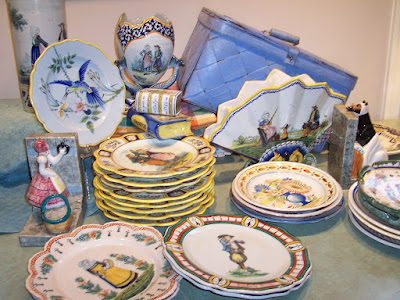 
The winter of our discontent...sorry, I have no intention of turning this into a political statement, but as I was driving to the auto train last month to return home, and thinking about my past three months I simply couldn't shake the phrase...
I'll skip over the obvious reasons I am psychologically impaled on Shakespeare... and concentrate on the bright spots of this winter's sojourn in Florida: Mostly thoughts about food.
To start: In Venice, my beloved French bakery, Croissant and Company, have added some new goodies this year. Saturdays  only, a small round chocolate loaf, crusty on the outside, soft in the middle, luscious toasted with sweet butter or cream cheese. As you can see from the pictures, everything looks (and is!) delicious 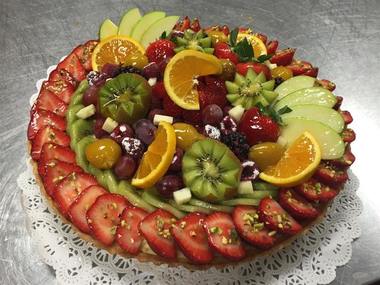 That's Jean-Pierre, le patron, and his son Ben, the head baker: everything comes out of those ovens fresh and warm, all day long and I love to sit and watch the parade of  baguettes piled up on trays... 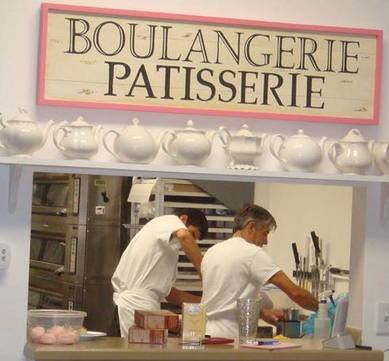 This is my favorite spot where I can survey the whole scene, talk to people, and forever be diverted by the decor, which I call "A Frenchman's Dream of Florida".  The charming paintings are done by daughter Jess,   and Lynne, la patronne, who is English, has a marvelous strawberry-colored hairdo, to complete the decor! 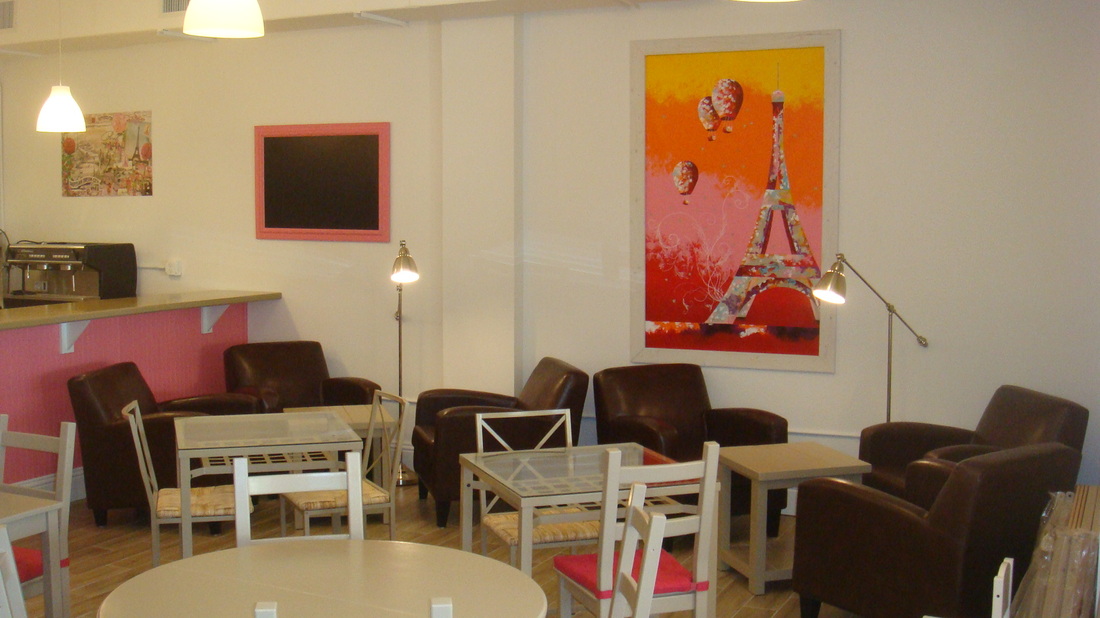 Oh!  I forgot to say the most important thing of all: they are from Quimper! And if you go to their website: Croissant and Company, Venice, Florida, you can indulge in a glorious visual feast without expending any calories.

In Sarasota, I had a Thai chicken ginger soup that was super. When I can replicate it, or find a good online source, I'll  let you know. I've sampled several other places, but less appealing. I suspect this was the best due to just excellect ingredients and that indefinable pinch of TLC.

In Mt. Dora, I stayed at Farnsworth House for some weeks, and became so friendly with Kim and Soren, the innkeepers, that they let me take over their kitchen long enough to teach them how to make my bread pudding.

Recipe: Ingredients:
Three large bags of bread scraps: crusts, baguette bits, whatever. 16 eggs, 1 1/2 quarts milk or part half-and-half...that is the basic custard. I prefer to let the trimmings add the sweetness: so, 1 bag frozen fresh cocunut, sweetened. 1 small jar apricot preserves. 1 cup lightly toasted slivered almonds. Three large deep casseroles, or souffle dishes, lightly greased, preferably with butter.
Method:
Put all the bread (which you have been saving, so it may be right out of the freezer) on a large flat baking sheet, and toast in a 300o oven until it is dried out and pale brown...you can be toasting the almonds at the same time.  Divide the bread amongst the baking dishes. Beat eggs, milk, coconut, and pour over the bread. Put small dollops of the apricot jam here and there throughout, pushing them down into the mixture. Sprinkle the almonds over the top, but also push in slightly.  All this not only may be done 24 hours ahead, it is actually better, as it gives the custard time to soak well into the bread.  Just cover with saran wrap, and refrigerate...take out an hour or so before getting ready to bake. Bake at 350o approximately 1 hour....this will depend slightly on how deep your dishes are. They are done when risen, puffy, and slightly browned on top, and a knife inserted (like any good custard) will come out clean. Allow 15 minutes to set before serving. 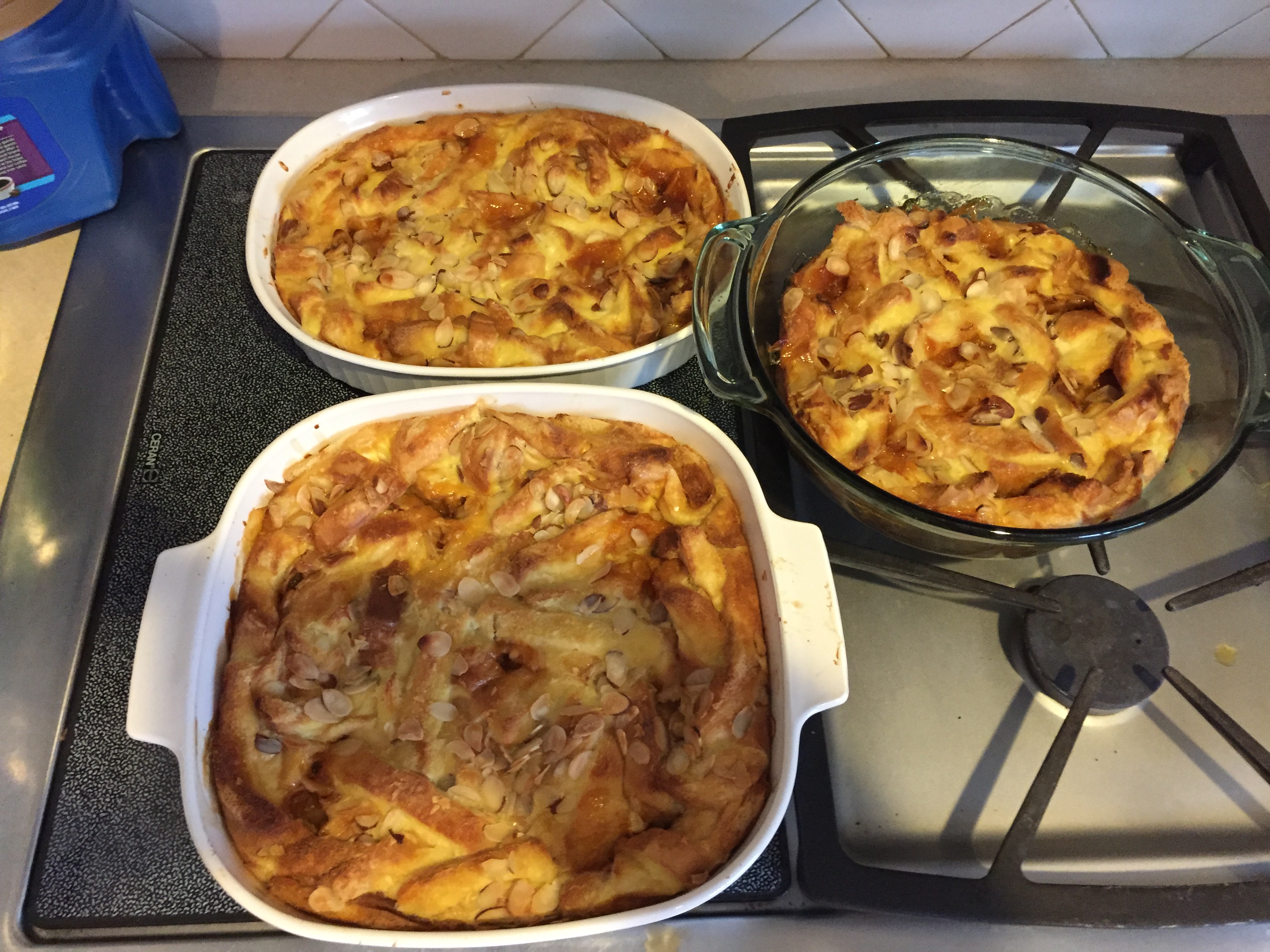 A word about seasoning, flavorings: if you find not quite sweet enough, a light sprinkle of powdered sugar on top before serving, or even a sprinkle of granulated sugar while baking should be enough. If you are lucky enough to find unsweetened coconut, then you may want to add 1/2 cup sugar to the original custard mix.  I do not suggest adding vanilla, almond extract, cinnamon, nutmeg or anything else, but that is my own preference as I find the apricot/coconut/almond balance exactly right.
And this may be reheated, gently, if there are any leftovers. Bon appetit!
As you can see, these quantities made enough for three casseroles, 6-8 servings each.  This is a very flexible recipe, I have refined it to my own particular likes and dislikes (no raisins!), but one can vary it indefinitely.

Kim loaned me a book, "A Land Remembered" by Patrick Smith, which is an incredible fictionalized account of the settling of Florida. I have already recommended  it to friends here, and I  recommend it highly to all of you.  Not only is it a wonderful story of pioneers in that part of the country, it is a sobering look at how much of our history is founded on violence, even by honest men of goodwill, who were only fighting to protect their own lands and families.
It was very odd for me to be truly idle for three months...
So shortly I'll be back in my website harness, and pictures of recently acquired Quimper purchases will be on line...you'll be the first to know (all of you)!

-Joan
Posted by Merry Walk at 9:09 AM No comments: